According to the statistics, women live longer than men. The US census reveals that male to female ratio is 50:50 among younger adults. However, after age 65 the situation changes dramatically as the number of men is cut into half among people aged 80 and more. The trend continues among centenarians—over 80% are women. According to the World Health Organization, men in almost all countries have a shorter life expectancy. Although men enjoy greater power, privileges, and opportunities, access to such advantages don’t seem to improve their life expectancy. The phenomenon sounds strange, but there is a biological explanation: gender differences in the genetic make-over, hormones, and immune system leave men more susceptible to an array of diseases including, high blood pressure and heart problems. Men are also likely to pick up injurious habits like smoking, drinking, and indulging in other risky behaviors. Traditionally, men also take on more hazardous occupations. Social interaction also plays a key role: loneliness and isolation increase the risk of an early demise, and men might be more prone to aloofness. According to the experts at Michigan State University, many men hold traditional attitudes that are dangerous to their own health, the overemphasis on men being strong and independent may become dangerous to their psychological, and social needs at a later stage. Another explanation of men’s lower life expectancy is their callous attitude towards healthcare. Men have a tendency to neglect healthcare and they don’t visit doctors as frequently as they should. Some studies show that this attitude is changing among younger men. However, older men still avoid making appointments with doctors. Interestingly, a study reveals that men are more likely to become ill and die of COVID-19 when compared to women. Maybe that is because of the factors described earlier.

Hence taking care of senior men becomes a tougher task. We must encourage the senior men to make healthier lifestyle choices such as quitting smoking, regular exercising, and frequent socializing. Such awareness is created by talking to them and convincing them that adherence to certain practices result in longer land better quality of life. Remind them to take healthcare seriously and ask them to make more frequent visits to their doctor. Regular appointments can save them a significant amount of money and a lot of pain in the future. Their care regime should include frequent checkups, dental care, and appointments to specialists. It is also important to encourage them to develop a rapport with their doctors and healthcare providers. According to some studies, male patients understate their condition in conversations with their doctor. They are more likely to say that the symptom is not too bad, and they may fail to mention any further deterioration in health. They also are more reluctant with reporting falls. A good regular conversation about the subject can remind them that their medical team is their trusted allies. We should also ask them to practice regular screenings. Regular blood pressure, blood sugar, cholesterol, vision, and hearing tests can go a long way in preempting certain diseases. They should also be encouraged to take vaccines. The COVID-19 vaccines are made more accessible to older adults everywhere in the world, and the seniors should avail themselves of the opportunity to stay healthy. Vaccines for annual flu shots, shingles, pneumococcal pneumonia, tetanus, and other diseases should also be taken.

Emotional health is easily overlooked. Many men show reluctancy in reporting stress, depression, or overwhelming sadness. We must remind them that it is natural to feel sad. It isn’t a sign of weakness to ask for help under duress. Addressing issues such as alcohol or drug usage is a sign of mental strength and vigor. It is understandable that most senior men have an affinity for their homes. However, living without assistance can prove fatal if they carry certain health conditions.  Many senior men shy away from asking for help from family members. If that’s the case, professional assistance should be sought.

Professional in-home caregivers assist with personal care, food, transportation, and appointment management of the seniors. They may also provide a company that keeps the seniors away from the hazards of loneliness. Assisted living can significantly improve the all-around health and well-being of seniors and it is an option a necessary solution in certain cases. Most importantly, talking to the seniors can resolve a lot of issues and get them mentally prepared to make necessary changes to maintain their health. 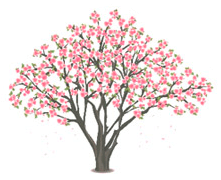